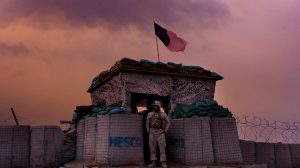 After Marine Sgt. Thomas (“TJ”) Brennan was hit by the blast from a rocket-propelled grenade in Afghanistan in 2010, he suffered a traumatic brain injury that left him unable to recall much of his immediate past — including, at times, the name of his own daughter.

“When I got blown up, it erased a lot of my memories,” Brennan says.