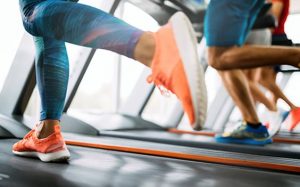 Brain health decreases with age, with the average brain shrinking by approximately five per cent per decade after the age of 40.

Studies in mice and rats have consistently shown that physical exercise increases the size of the hippocampus but until now evidence in humans has been inconsistent.

The researchers systematically reviewed 14 clinical trials which examined the brain scans of 737 people before and after aerobic exercise programs or in control conditions.

The participants included a mix of healthy adults, people with mild cognitive impairment such as Alzheimer’s and people with a clinical diagnosis of mental illness including depression and schizophrenia. Ages ranged from 24 to 76 years with an average age of 66.