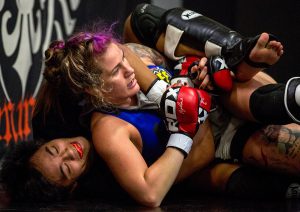 Gina Mazany grew up in Anchorage, Alaska. And that’s where she had her first fight.

A local bar had a boxing ring, and Mazany decided to give it a shot. Her opponent was an older woman with a “mom haircut.”

“She beat the crap out of me,” Mazany says. “Like she didn’t knock me out, she didn’t finish me. But she just knocked me around for three rounds. And I remember, later that night I was very, very nauseous. I was throwing up that night.”

It was her first concussion.

Link: Full Article – Female Athletes Are Closing The Gender Gap When It Comes To Concussions