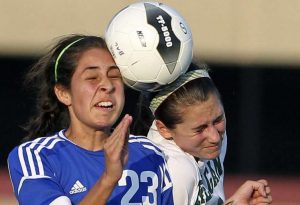 When it comes to concussions, it is starting to look like women may have it a lot worse off than men. Research has suggested women may be more susceptible to brain injuries, and could take longer to recover.

To assess just how much damage was being done by hitting the soccer ball with players’ heads, researchers from Albert Einstein College of Medicine in New York scanned the brains of almost 100 male and female amateur soccer players. All of the players were in their 20’s or 30’s.