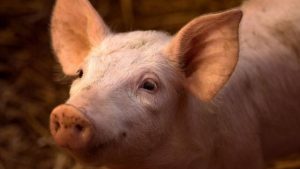 US scientists have partially revived pig brains four hours after the animals were slaughtered.

The findings could fuel debate about the barrier between life and death, and provide a new way of researching diseases like Alzheimer’s.

The study showed the death of brain cells could be halted and that some connections in the brain were restored.

However, there were no signals from the brain that would indicate awareness or consciousness.

The surprise findings challenge the idea that the brain goes into irreversible decline within minutes of the blood supply being cut off.