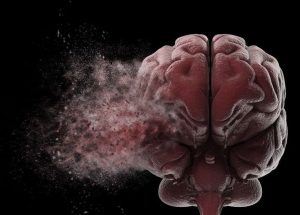 I put my hand on a bishop and slide it several squares before moving it back. “Should I move a different piece instead?” I wonder to myself.

“You have to move that piece if you’ve touched it,” my opponent says, flashing a wry grin.

Fine. I move the bishop. It’s becoming increasingly obvious to me now — I’m going to lose a game of chess to a 12-year-old.

My opponent is Tanner Collins, a seventh-grade student growing up in a Pittsburgh suburb. Besides playing chess, Collins likes building with Legos. One such set, a replica of Hogwarts Castle from the Harry Potter books, is displayed on a hutch in the dining room of his parents’ house. He points out to me a critical flaw in the design: The back of the castle isn’t closed off. “If you turn it around,” he says, “the whole side is open. That’s dumb.”

Though Collins is not dissimilar from many kids his age, there is something that makes him unlike most 12-year-olds in the United States, if not the world: He’s missing one-sixth of his brain.

Collins was three months shy of seven years old when surgeons sliced open his skull and removed a third of his brain’s right hemisphere.

Link: Full Article – The Brain That Remade Itself