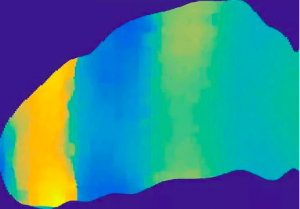 Veteran sailors know that rogue waves can rise suddenly in mid-ocean to capsize even the largest vessels. Now it appears that a similar phenomenon called shear shock wave occurs in the concussed brain. It may help explain why some head knocks cause so much more harm than others.

“We’ve observed for the first time this particular wave phenomenon in the brain, and we think it could be a primary mechanism of neural injury in many types of head trauma,” says Gianmarco Pinton, PhD, an assistant professor in the Joint UNC-NC State Department of Biomedical Engineering. Pinton, research assistant professor David Espindola, PhD, and research technician Stephen Lee described their observations in a paper published in Physical Review Applied.

Link: Full Article – Why Do Some Head Knocks Cause More Damage Than Others?